There’s a new climate war and it’s being driven by disinformation, according to a new book by the climate scientist Michael Mann. That’s why science, knowledge and media literacy matter — and why Greta Thunberg matters.

Psst. What have you, yourself personally done for the environment lately?

That’s the question the oil companies, big tech and the fossil fuel industry want you to ask. Because it takes the heat off them.

I try to source food locally, I try to eat less meat, I drive less and walk or cycle whenever I can (I live in downtown in a big city), and I’ve tried to cut single-use plastic out of my life. My local supermarket chain doesn’t make that last part easy.

Sourcing food locally is important because it leaves a lighter footprint in transportation costs.

Eating less meat — or, preferably, cutting meat out of one’s diet altogether — is important because chicken farms, pig farms and cattle ranches chew up more resources and use more land than fruit crops and vegetable farms.

Getting rid of single-use plastic speaks for itself — discarded plastic is killing our oceans, together with overfishing and ocean acidification caused by global heating — and in fact plastic, an oil product, is killing the entire planet, through sheer overuse.

In fact, if you’re reading and creating on Vocal, chances are you’re using a screen, and screens — especially smartphones — are a drain on mineral resources like copper, lithium, cobalt, manganese, nickel and tungsten, as well as precious metals like tellurium, coltan, tantalum and silicon.

Apple, Samsung and the others tell you that you must replace your smartphone every 4 years to stay up to date, every 2 years if you want to stay cool.

That’s a problem, because many of the precious metals that go into smartphones are mined from the ground in places like Democratic Republic of the Congo, a sprawling, ungovernable country of 900,000 square miles (2 million sq kms) of tropical rainforest riven by corruption, inequality, death squads, armed militias and endless civil war. DRC is a failed state waiting to happen, and yet its resources power your and my communications.

A renowned climate scientist shows how fossil-fuel companies have waged a thirty-year campaign to deflect blame and responsibility and to delay action on climate change, and offers a battle plan for how we can save the planet.

Recycle. Fly less. Eat less meat. These are some of the ways that we’ve been told can slow climate change. But the inordinate emphasis on behaviour is the result of a marketing campaign that has succeeded in placing the responsibility for fixing climate change squarely on the shoulders of individuals.

The result has been disastrous for our planet.

In The New Climate War, Mann argues that all is not lost. He draws the battle lines between the people and the polluters – fossil-fuel companies, right-wing plutocrats, and petro-states. And he outlines a plan for forcing our governments and corporations to wake up and make real change, including:

With immensely powerful vested interests aligned in defence of the fossil-fuel status quo, the societal tipping point won’t happen without the active participation of citizens everywhere aiding in the collective push forward. This book will reach, inform, and enable citizens everywhere to join this battle for our planet.

According to a new book, The New Climate War, by the pre-eminent climate scientist Michael E. Mann, these are all important questions — but— and this is the part you need to know: It’s not your fault!

It’s partly your fault — we’ve all done our part to drive the climate crisis — but what you do every day pales in comparison to what the oil companies, big tech and the fossil fuel industry do every hour.

And they don’t want you to know that.

By shifting the blame onto you, Dr. Mann writes, the oil companies, big tech, the fossil fuel industry and the politicians and media moguls who run cover for them are subtly shifting the argument away from who’s really at fault here — them — and laying a guilt trip on you, by guilt-tripping you into looking in the mirror and blaming yourself.

By asking what you did for the environment today, they’re subtly forcing you to take a look in the mirror and ask yourself if you’re the reason the oceans are dying, the weather is suddenly volatile, and polar bears face extinction in our lifetime. (No ice in summer, no ice cover to hunt seals; no way to hunt seals, no food to eat; no food to eat, no way to be healthy enough to reproduce. The end.)

Polar bears are just one example, of course.

There are countless others — virtually every iconic animal you fell in love with as a child and went to the zoo to see, from lions, tigers and elephants to gorillas and, yes, polar bears.

The ultimate handbook of irrefutable facts for saving the planet and fighting against climate change.

How can we save our planet and survive the 21st century?

How can you argue with deniers?

How can we create positive change in the midst of the climate crisis? Professor Mark Maslin has the key facts that we need to protect our future.

Global awareness of climate change is growing rapidly. Science has proven that our planet and species are facing a massive environmental crisis. How to Save Our Planet is a call to action, guaranteed to equip everyone with the knowledge needed to make change.

We have the technology.

We have the resources.

We have the money.

We have the scientists, the entrepreneurs and the innovators.

We lack the POLITICS AND POLICIES to make your vision of a better world happen.

This is your go-to handbook for saving our precious planet. From the history of our planet and species, to the potential of individuals and our power to create a better future, Maslin inspires optimism in these bleak times. It’s time to face the facts and save our planet from, and for, ourselves.

How to Save Our Planet

Dr. Mann is outspoken, charismatic and witty, willing to engage with everyone from social media trolls to Bill Gates, who he’s feuding with. Bill Gates is a rich guy with a lot of opinions; Michael Mann is a scientist. When asking yourself who you should believe on climate science, ask yourself which one owns a bicycle (actually Dr. Mann owns three) and which one flies a private jet.

The New Climate War is not a lecture, or an empty screed. It explains how each and every one of us can fight back against the vested interests of Big Oil — in short, change the way things are done if we are to avert climate catastrophe.

Yes, he wants to sell books, but this is not about the money.

At its heart, what The New Climate War tells us is that social media trolls, Big Oil, Big Pharma and Big Media have convinced us that it’s already too late, that anything we do is hopeless, so why should we wreak the economy just to save a few sea gulls? This campaign of disinformation is the same argument the tobacco industry used not so many years ago to discredit the harm caused by cigarettes. All through human history, wherever scientific findings are on a collision course with powerful vested interests, there is an effort to undermine and attack the science.

Ask yourself, the next time you see a news story about an “extreme weather event” or a new temperature record broken — high or low — what’s really going on.

“There is as much consensus among the worldʼs scientists about climate change as there is about gravity,” Dr. Mann writes in his book. “These vested interests canʼt deny the problem any more, so theyʼve turned to these insidious, and in many ways quite nefarious, new tactics in their effort to block meaningful action.”

Recycling more, flying less and changing our diets are just some of the ways weʼve been told we can slow climate change. For Dr Mann, this emphasis on individual behaviour is the result of a no-so-subtle marketing campaign designed to deflect blame away from fossil fuel companies and towards individuals — you and me.

Listen, behavioural changes are part of the solution — but — there is no way to tackle climate change without a substantive, funadmental change in public policy.

“We will only get that from policies and politicians who are willing to act on our behalf, rather than the polluters’ behalf.”

We need to push back against “doomism,” Dr. Mann insists — this idea that trying to take on climate change is pointless because it’s already too late.

And this is where Greta Thunberg — she turned 18 just this past January — comes in. The Climate Kids are cause for cautious optimism, he says, by turning the conversation toward whether it’s fair or right that the younger generation — and their kids, and their kids’ kids — are going to have to deal with this mess, all because a handful of big corporations want to make money.

Greta Thunberg, Vanessa Nakate, Alexandria Villaseñor, Autumn Peltier and there are many, many others, are the difference makers.

Dr. Mann again. “There is a moral authority that comes from children speaking out, and we need to support them to make sure their efforts are not in vain. They have cracked open the door for us and now we have to walk through it, which means using our voices and our votes, pressurizing politicians, speaking out and doing everything to raise awareness about the crisis.”

Remember that the next time someone tries to tell you the situation is hopeless, even if that person is on TV a lot and has a lot of money. 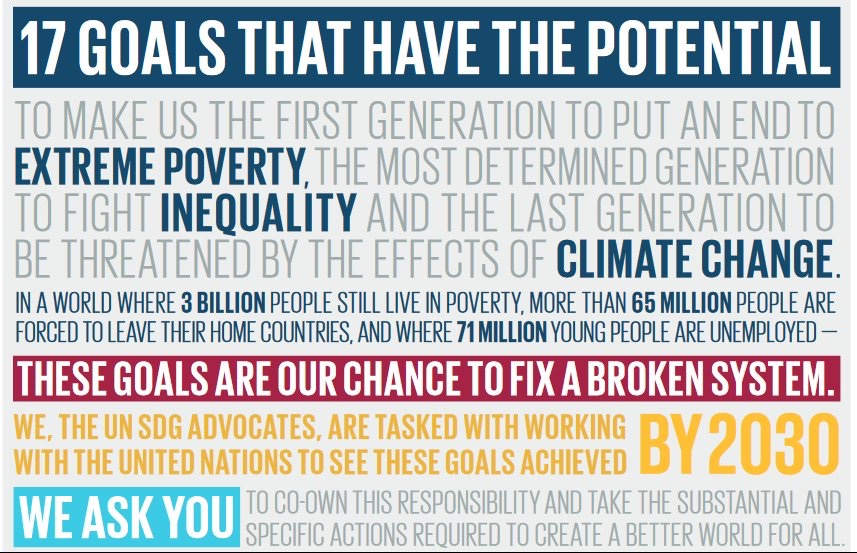